Cofrend certification: 2020 slowed down during the confinement, a recovery observed afterwards 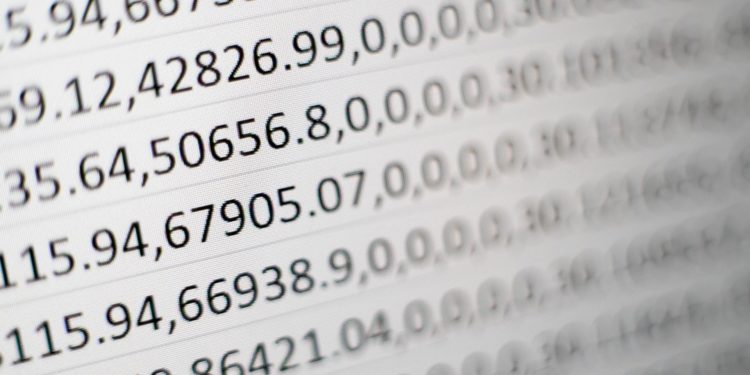 Every year, Cofrend publishes its assessment of the certification. For the year 2020, the indicators are not on the rise. Review of details...

The statistics presented in this document are based on data extracted from Gericco, the COFREND certification management tool. This tool is constantly updated by the Cofrend Approved Examination Centres during the registration of candidates and their examination. The qualifications according to EN4179 have been validated by Afenda Fr ANDTB since 6 December 2017. The data related to the qualification examinations according to EN 4179 are provided by Afenda and are presented below...

Number of validations by committee and sector and evolution

Evolution of the total number of validations

Since 2012 the number of annual validations by COFREND for agents certified according to ISO 9712 remained generally stable and evolved around 4200 validations (including initial certifications, renewal and recertification). This value has decreased this year. Indeed, the consequences of covid related to the difficulties in organizing exams abroad, this combined with the significant decline in certifications, especially in the metal production sector, and more particularly in that of tube production, lead to a decrease of nearly 10% in our overall certification activity.

Evolution of the number of initial certifications

The evolution of the number of initial certifications gives a trend on the entry of new agents into the non-destructive testing professions.

After a year 2019 marking the end of a continuous decline in initial certifications, 2020 returns to a decline. Indeed, the cessation of training from March until May 11, 2020 due to confinement has slowed down the preparation of trainees destined to become first-time certified. In addition, the uncertain context related to health conditions is not favorable to new hires in certain sectors.

We see that this decline has been reflected in all committees.

Evolution of monthly activity and impact of confinement

This graph shows the evolution of the number of validations carried out in 2020 (orange) compared to 2019 (blue). We can clearly see the almost total cessation of activities between mid-March and early May. On the other hand, the following months were marked by more sustained activity than last year. This increase in activity has made it possible to make up for a good part of the delay made during the first period of confinement. It is also noted that the second lockdown, in November, did not have a significant impact on certification activity.

Breakdown by method and level of certification

Netting is still the first method certified by COFREND. With regard to the two volume control methods of radiography and ultrasound, there is a slight but constant decrease in the RT method; UT stagnated at around 20% of our certification activity. Regarding the other methods, the VT continues its significant increase to 7.35%. This last method will certainly continue to increase in view of the evolutions that COFREND wishes to implement by introducing a "direct visual" part to the current VT certification. Little evolution for other methods.

The renewal rate corresponds to the maintenance in activity after a period of 5 years of activity. There has been a decrease in this rate in the metal production sector (CCPM) due to the closure of some industrial sites, retirements and also to the fact that some people have passed level 3 certifications and have not renewed their level 2 certifications. Level 3 competencies are an envelope of the competencies of the other levels of certification they cover.

Success rate of initial certification exams according to the committee, level and method.

The success rate for the initial certification exams for levels 1 and 2 has been declining in recent years. This observation is considered to be an alert and the Certification Division has put in place actions in order to stop this decline, without lowering the level of exam requirements. These actions have focused on training, having redefined training plans and soon offering a Cofrend label to training organizations preparing for certification exams. We also worked on the marking grids, the training of examiners, the material conditions of the exams or the information to the candidates. We therefore monitor this success rate in the initial examinations in order to evaluate the effectiveness of the actions recently implemented.

Evolution of the number of valid certificates

Despite a downward trend, the number of certifications according to ISO 9712, which is currently valid, has remained relatively stable since 2016, although a shift over the last two years is nevertheless to be considered.

Breakdown of valid certificates by level and sectoral committee

Looking at the evolution by committee, we see that:

Distribution of certificates by method in 2020

Evolution of the number of agents

After a strong increase until 2016, the number of agents certified according to ISO 9712 is on a downward trend.

The number of certificates per agent remains at the same level:

Beyond the French borders, we find agents certified by COFREND who work in about forty countries scattered on all continents. Following a year 2019 in slow operation and a year 2020 at a standstill, due to the closure of the border with Algeria, the examination center installed in Oran (Algeria) has made very few certifications which explains, in part, the decline in the number of certified in Africa.

In 2020, the highlight is the decline in activities related to the exceptional sanitary conditions we have experienced and the uncertainty for the months and years to come. However, new projects will succeed and allow Cofrend to diversify and offer new services to its customers and members.