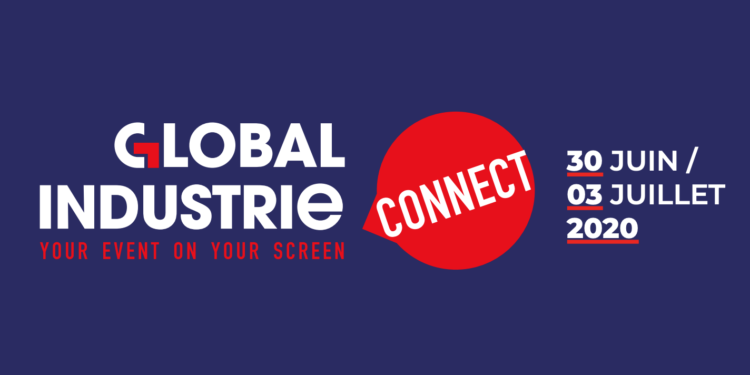 Global Industrie Connect, the digital event organized by Global Industrie, brought together 6,144 participants over 4 days. Organized in just a few weeks, it offered 46 webinars with nearly 300 speakers and an average of 122 spectators per webinar.

Since the event was announced and the MyGI service opened on May 20, 18,588 interactions between visitors and exhibitors have been generated.

Among the highlights of this exceptional edition, we will note the official inauguration of Bruno Le Maire, Minister of the Economy, Finance and Recovery, the webinar dedicated to the winners of the Global Industry Awards 2020 as well as daily round tables on current topics:

- “Lessons from a crisis and post-crisis strategies”, with the participation of Thomas Courbe, CEO of companies; Bruno Grandjean, president of the AIF; Bruno Rogowski, director of support / operations management BPI France and Philippe Varin, president of France Industrie and of the board of directors of Suez.

- “Women in Industry” with speeches by Agnès Pannier-Runacher, Minister Delegate to the Minister of the Economy, Finance and Recovery, in charge of Industry; Philippe Darmayan, president of the UIMM; Christine Kerdellant, editor of Usine Nouvelle; Sylvie Leyre, president of the Council for diversity and professional equality in the industry and Sabine Lunel-Suzanne, vice-president of Elles bougent.

The various webinars are in replay on the site: https://global-industrie.com/fr/programme

“The next physical edition of Global Industrie, which will be held from March 16 to 19, 2021 at Eurexpo Lyon, is already mobilizing all the teams,” reveals Sébastien Gillet, director of the show. At the heart of this Lyon edition, central themes for the profession, such as sustainable development and green industry. Actions around the theme of relocation are also in preparation. "

Simulation software to choose your hexapod

Simulation software to choose your hexapod