On November 23, 2010 Areva inaugurated the new test center for hydraulic pumps, the most efficient in the world.

The AREVA Test Center is part of the Maubeuge-Val de Sambre Agglomeration (AMVS) policy in favor of innovation.

The Agglomeration Maubeuge-Val de Sambre (AMVS) pursues a proactive policy in terms of innovation in total synergy with the companies present in Sambre-Avesnois.

JSPM AREVA found a partner of choice in the Maubeuge-Val de Sambre agglomeration, which met all the conditions for the installation of its test center.

The latter notably houses a test loop which makes it possible to test the primary pump units (GMPP) of the EPRTM reactors under real flow, pressure and temperature conditions, in addition to the reduced flow tests already carried out on the AREVA site in Jeumont.

Until now, there was no infrastructure to perform full throughput GMPP testing for the EPRTM. These components are essential to the safety of nuclear reactors, since they ensure the circulation of water between the reactor vessel and the plant's steam generator. By creating this center, AREVA further strengthens the guarantee of the safety of the EPRTM reactor and acquires an additional competitive advantage.

It should generate 800 jobs over the next 10 years.

It should be noted that the agglomeration had already invested in industry and metrology with the organization of metrology and business meetings.

From 6 to 8 June 2023: 3 days of conferences and exhibitions La Cofrend is launching a call for papers for the conferences that will be presented during the Cofrend Days 2023...

VCxray, a division of VisiConsult, has signed a new commercial partnership in France with Actemium NDT-P&S. Based in Plessis-Pâté (91), Actemium will offer its customers inspection solutions... 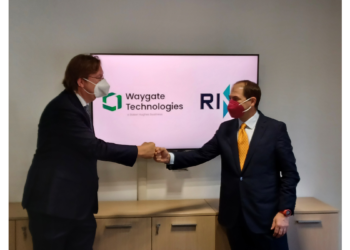 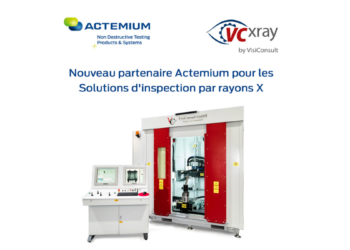 VCxray, a division of VisiConsult, has signed a new commercial partnership in France with Actemium NDT-P&S. Based in Plessis-Pâté (91), Actemium will offer its customers inspection solutions...

Digital Surf at the top of the Himalayas