In many cases, the application of the periodic inspections provided for in the regulatory framework alone is not sufficient to detect damage to industrial equipment early enough to prevent its deterioration: it is then necessary to replace it. However, as in the medical field, when it comes to monitoring industrial risks, prevention is better than cure. In all industrial sectors, including pharmacy and chemistry, for example.

As a global specialist in non-destructive testing and a driving force in the protection of installations and the control of industrial risks for more than 40 years, the Mistras Group supports industry players to detect damage to their installations in a preventive manner. The group has earned the trust of major players in the pharmaceutical and chemical industries, by proposing rapid, reliable and effective advanced control solutions, focused on the technical problems commonly encountered by these industries.

In terms of facility monitoring, acoustic emission (EA), the group's core business, is the only NDT technology allowing global and non-intrusive inspection and pressure equipment monitoring (ESP). As a precursor of this technology, Mistras has developed several integrated EA solutions, addressing various issues.

This is the case of the Corpac method, designed to detect the propagation of localized corrosion at an early stage (CSC, HIC, Sohic, etc.). This method is particularly suitable for identifying the beginning of the appearance of a piqûration on the networks of ice water, glycolated, purified, for example.

As part of a one-off monitoring campaign, it makes it possible to quickly determine the areas in which corrosion is active, which greatly simplifies operational decision-making and helps manufacturers to achieve economic added value. For example, the last Corpac monitoring campaign (twenty-two zones) carried out at the home of one of Mistras' customers following a drilling, revealed the existence of two active zones. The necessary measures for these two zones could thus be implemented by the customer, which saved him from having to replace his entire installation, i.e. to realize a gain of about 400,000 €. A preventive inspection could have identified the active areas, in particular the one that caused the drilling.

A global and non-intrusive inspection of ESP

After more than 25 years of research and field experience, Mistras has developed the Ipac/Monpac method, which also relies on EA technology. This makes it possible to assess the integrity of PSEs (removable lid and quick-closing devices, in particular) such as autoclaves, sterilizers and freeze dryers.

This global solution, non-intrusive, fast, economical and in accordance with the regulatory framework (decree of 20/11/2017), is adapted to periodic maintenance operations, inspections and requalifications, replacing hydraulic testing. Unlike a traditional control, it considerably limits the downtime of the means of production and completely eliminates the risks of technical incidents, such as flooding of the premises and exceeding the load capacities or the presence of water that can induce corrosion problems in the long term.

Mistras has the experience and the human and material resources necessary to support manufacturers in the application of the industrial modernization plan (PM2I) – a plan launched by the State Secretariat for Ecology in 2010 to improve the consideration of the behaviour of certain equipment at "risk" over time – on their installations.

Mistras experts begin by defining the surveillance perimeter and possibly implementing a Risk Based Inspection (RBI) approach according to industrial constraints, draw up equipment diagrams (piping, balloons/tanks, air, steam, ice water networks, etc.), define inspection plans by choosing methods adapted to the problem and type of equipment in question, then ensure all inspections and schedule management.

Mistras' know-how also covers one of the richest panels of advanced non-destructive testing techniques on the market. The company offers expertise in guided wave testing (GWT), a rapid control method on large sections of piping that uses long-range guided waves, to provide a classification of pipe wall thickness by severity level. It also has expertise in Touch Point Corrosion (TPC) (a method for detecting and evaluating corrosion under supports), and Guided Bulk Wave (GBW)/HOMC (a non-intrusive method for inspecting inaccessible areas using traditional methods using short-range guided waves, which quickly identifies corroded areas and allows a classification of the level of corrosion by zones). Also to its credit: OpenVision methods (real-time X-ray radiographic imaging method to identify and locate the presence of corrosion under heat and cooling on insulated pipe lines, for which Mistras has recently received authorization to provide them by the ASN – Nuclear Safety Authority)) and multi-element eddy currents (ECA) (method allowing the development of C-scan corrosion mapping for the detection, among other things, of leaks on half-shell reactors.)

Inspection of hard-to-reach areas by ropes

As on some storage tanks, rope access is sometimes the only cost-effective way to control a specific area. Mistras provides traditional and advanced NDT, inspection and maintenance services on ropes to help manufacturers reduce their costs by means of access. Mistras is also the first French company in NDT to have been authorized Irata (Industrial Rope Access Trade Association) Operator.

"We regularly use Mistras to carry out checks as part of the plan to modernize industrial facilities, expertise services and NDT. Mitsras staff provides in-depth inspections, the mapping of defects found at the end of the controls are very precise and we are advised by qualified and experienced staff for the implementation of relevant NDT according to our problems. The most of Mistras: its know-how in rope inspection, thanks to its own teams of experienced ropers, to control installations at height",comments Stanislas Camus, Materials engineer and service provider of a large pharmaceutical group.

See you at Pharmatech Cosmetech (formerly Pharmacosmetech) on September 14, 15 and 16, 2021, in Chartres! Mistras will present all of its solutions dedicated to the pharmaceutical and chemical sectors.

A new generation of smart cameras 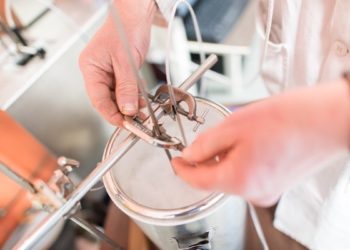 The Trescal Group offers a full range of metrology services. With its new brand, Trescal Pharma, the company adopts a strong positioning thanks to an offer dedicated and adapted to the... 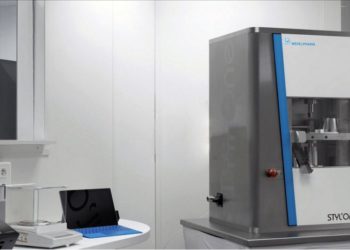 Coming from Medelco (retrofit of press and general mechanics), the Lyon company Medelpharm can boast more than 35 years of experience in the field of compression. inter alia... 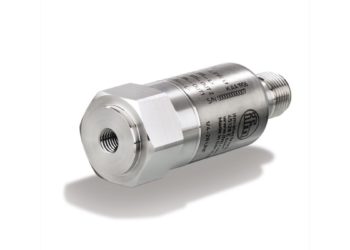 Ifm: for continuous monitoring of fans, motors and centrifugal pumps

Ifm electronic has designed a new VV vibration sensor. This sensor easily connects in IO-Link (or TOR) on a plc and / or supervision. Additional networks, gateways... 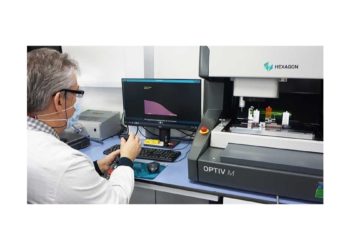 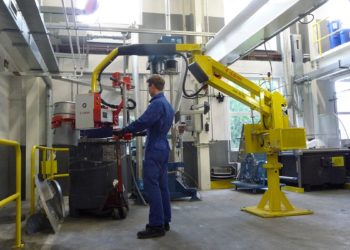 Dalmec: lifting and handling any type of load effortlessly

Designer and manufacturer of manipulators, Dalmec innovates. Pharmaceutical, perfumery and cosmetics manufacturers have handling and lifting solutions adapted to their... 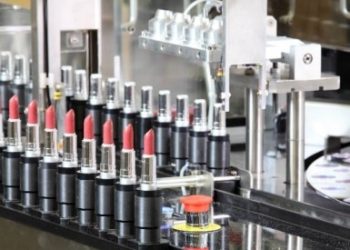 "Innovation and digitalisation are the success factors of sustainability, efficiency and security," says Emidio Zorzella, CEO of the Antares Vision Group. Consumers...

A new generation of smart cameras