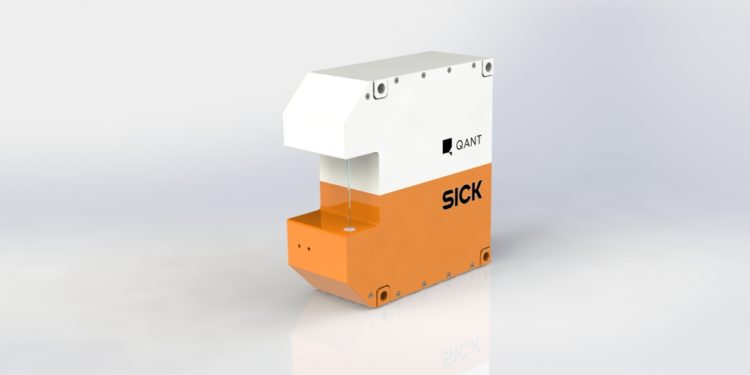 The startup Q.ANT, a wholly-owned subsidiary of Trumpf, and Sick, a leading manufacturer of sensors for the automation of production sites, processes and logistics systems, will work together in the development of quantum optical sensors . Representatives of the two high-tech companies signed a cooperation agreement aimed at making quantum sensor technology available to industry. The signing was preceded by a functional test: the two companies announce the presentation of the world's first quantum optical sensor intended for mass production.

“Sick is strengthening its position as a global technology leader in the sensor industry by embarking on the production of quantum sensors. Quantum sensors are a key technology for the future of the industry, ” says Robert Bauer, Chairman of the Board of Sick AG.

A specialist in industrial sensor technology, Sick will be responsible for application development and product sales. Trumpf's Q.ANT subsidiary will take care of the production of the measurement technology - and therefore the core sensor technology. “Quantum technology is a huge opportunity for German and European industry. This will be the first time that the partnership between our two high-tech companies will focus on a product intended for mass production. The quantum sensor enables very precise measurements and will provide information that will lead to completely new industrial applications, ”said Peter Leibinger, CTO at Trumpf.

So far, quantum sensors have mostly been used in research. For the first time, Q.ANT and Sick have passed functional tests for an industrial application. “Quantum technology makes it possible, for example, to measure the movement and size distribution of particles at high speed. With the industrialization of these sensors, not only we but also Germany - as a high-tech location - are taking a big step towards commercializing quantum technology , ” says Michael Förtsch, CEO of Q.ANT.

By using laser light, quantum sensors offer the possibility of making highly efficient measurements that would be impossible with conventional methods. “Quantum technology is the next level for sensors because it shifts previously firmly established technical boundaries. Thanks to quantum effects, additional details can be perceived from the signal noise whereas until now no specific signal could have been measured. This makes it possible to measure particles that are about two hundred times smaller than the width of a human hair, ” explains Niels Syassen, senior vice president of R&D at Sick and responsible for the project at the company.

The first use of the new quantum sensors is scheduled for 2021. They will be used initially to analyze substances present in the air.

Quantum sensors could in the future become common equipment in various industries. For example, they could be used in civil engineering to visualize underground structures before construction begins; in the pharmaceutical industry, they could facilitate the determination of the best composition of tablet powder; in the electronics sector, circuits could be inspected through surfaces; and very precise measurements would have the possibility of being made in industry in general.

Q.ANT, a wholly owned subsidiary of Trumpf, is based in Stuttgart. The start-up employs around 15 people and makes quantum technology usable on a daily basis thanks to new photonic technologies. Trumpf has used Sick sensor solutions for many years in its production and logistics processes.

[podcast] The basic concepts and principles of metrology

[podcast] The basic concepts and principles of metrology