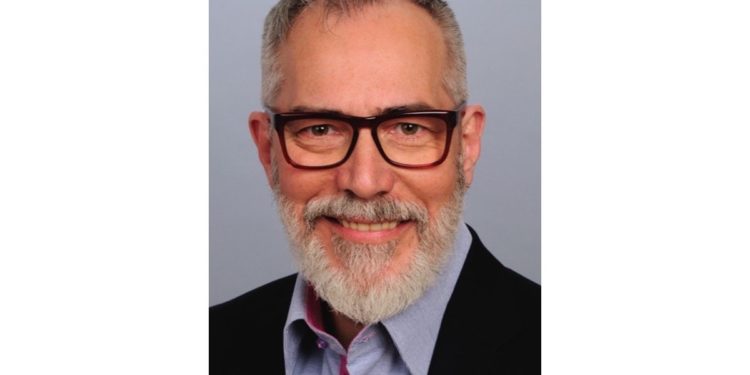 GreenTropism, a startup specializing in applications of artificial intelligence to spectrometric data for health and industry, welcomes its new CEO, Roland Carbonnel, an expert in in vitro diagnostics and the pharmaceutical industry.

A graduate of EFAP Lyon, Roland Carbonnel began his career as a sales manager for Several major American pharmaceutical groups such as Pfizer or Bristol-Myers Squibb. He then took care of strategic marketing in companies specializing in the diagnosis of allergies and autoimmune diseases (Phadia and Genclis). His most recent positions have led him to develop a deep knowledge of in vitro diagnostics, successively being VP Marketing & Sales at Theradiag and then General Manager for France at Hycor Biomedical.

Founder of GreenTropism and at the helm of the company since its creation in 2014, Anthony Boulanger takes over the position of CTO in order to be able to devote himself full-time to the company's new R&D programs, in the fields of health and industrial applications. In particular, he will lead the travel to Rouen of part of the research teams, with the upcoming inauguration of two new laboratories, one of which is classified as P2 for work on pathogens.

"The Kaïssa artificial intelligence platform developed by GreenTropism is truly unique. Several recent awards and prizes have just confirmed the performance and originality of our solution. The tests conducted since the beginning of the pandemic on the rapid and reliable detection of the Covid virus will open up new perspectives for us. I am really excited to bring to the team my 30 years of experience in instrumentation for medical diagnostics, and look forward to the upcoming tandem with Anthony. "says Roland Carbonnel.

GreenTropism is a French startup founded in 2014 specializing in the edition of software for the world of industrial and medical spectroscopy. The company designs data analysis algorithms dedicated to material control or sorting applications, contamination control or various medical diagnostics. The applications of the Kaïssa AI platform are of interest to many markets, from agri-food to cosmetics, from pharmaceuticals to petrochemicals.

Aeronautics: partnership between Hexagon and Stratasys for 3D printing of plastic parts