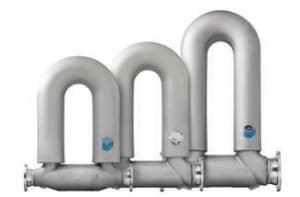 Market research firm IMS Research has just published its second survey of the debit meter market. The press release issued to announce it is stingy with figures but it indicates however that the market for Coriolis effect flow meters will overtake the market for electromagnetic flow meters in 2012 to take second place and that it will move to first place in 2014, thus dethroning the market for depressogen-like organ flow meters (which consist of strangling the pipe, measuring the difference in pressure around it, and calculating the square root of this pressure difference to obtain the flow).
In terms of market dynamics, ultrasonic models have become the main competitors of the Coriolis.
However, in volume terms, we can think that depressogen-prone flow meters and mechanical models (including turbines) continue to dominate the market, being much cheaper than Coriolis models.
The success of Coriolis flow meters is primarily explained by their ability to directly measure mass flow, which is often more interesting than volume flow, because it does not depend on temperature and therefore on environmental conditions. The mass flow is increasingly in demand, including for commercial transactions (eventually, we will refuel in kg and not in litres..). The Coriolis also owes its success to its ability to measure several parameters with the same device (flow, but also temperature and density) and its integrated diagnostic functions. Another argument in its favour is that the Coriolis has considerably expanded its range in terms of driving diameters and achieved very high accuracy, including for small amounts of flow (which opens up dosing applications).
Unsurprisingly, the IMS Research studyindicates that the emerging market is the most dynamic and will become the world's largest market in 2014.