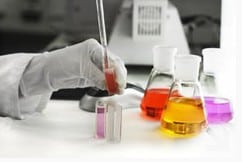 Alpha MOS, manufacturer of noses and electronic languages for industrial use, announces the acquisition of the net assets of Smart Nose, headquartered in Marin-Epagnier, Switzerland following its liquidation.
Smart Nose, founded in 2004 in Marin-Epagnier by Dr Thierry Zesiger, had developed an electronic nose based on the technology of mass fingerprint spectrometry for the world of food quality control.
In this case, more than the purchase of market shares or the elimination of a competitor, it seems thatAlpha MOS was primarily interested in the Swiss company's patents, particularly those relating to the collection and pre-concentration systems of odours.

10% growth in the temperature sensor market