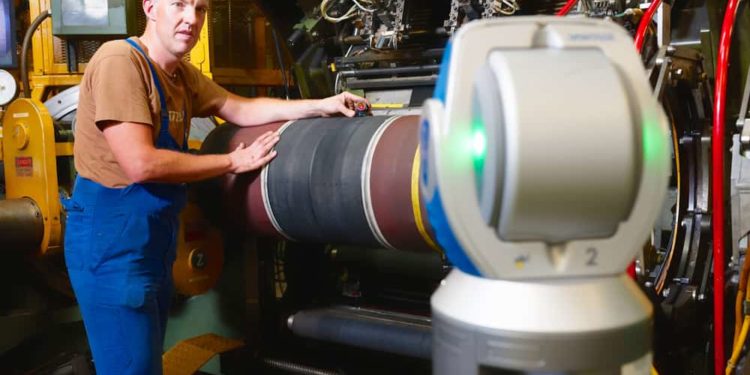 Goodyear is one of the pioneers in automotive history. The Ohio-based company didn't start with car tires. At the end of the 19th century, the automobile was an exotic niche product. The company's founders began producing bicycle tires, stagecoach tires and other rubber products such as fire hose pipes. But Goodyear was instrumental in the automotive boom of the early 20th century: Henry Ford equipped the first mass-produced car, the T-model, with tires from the Goodyear Tire - Rubber Company. Goodyear then manufactured tires for Daimler's first vehicles, becoming a key player on the international market to become the world's largest tire producer in 1916.

In 1912, the company expanded in Europe and the largest production plant outside the United States was built in 1966, in Philippsburg, Germany. Today in Philippsburg, some 900 employees produce up to 19,000 tires a day in four teams, seven days a week. 60% of these tires are used to equip new vehicles. Almost all major light vehicle and truck brands are Goodyear customers. As the specifications for the tires of the various manufacturers are very varied and there is no room for manoeuvre in production, first-mount OEMs require a very high level of quality. Precision is therefore essential in the production of Goodyear tires.

To produce a tire, we start by putting an airtight first layer of textile on the drum of the production machine. In a second step, the machine adds steel wires laterally to this layer. So-called "beads" keep the tire in the rim. The drum is then turned, other layers are added and then vulcanized in an aluminum mold in which the visible sculpture of the tire is milled. As the entire production process is mechanized, production facilities must be extremely precise in order to comply with strict tolerances. All components of the facility involved in production, such as machines, conveyors and power devices, must be precisely adjusted to each other. Otherwise, inaccuracies can lead to unwanted dimensional deviations and, in the worst case, production failures. To make this not possible, Goodyear's maintenance specialists are understanding the exact position of the machine parts and their relative positions with FARO's Laser Tracker Vantage.

In addition to production safety, the precise adjustment of the machines is also decisive for the characteristics of the final product, because it is only if all the parts work perfectly together that we obtain the quality, the rolling behavior and the stability in the desired corners.

For Can Coskun, a specialist and maintenance manager at the Philippsburg plant, the laser Tracker's precision guarantees the high quality of the products and customer satisfaction. "The end customer sees the influence of the Laser Tracker, because the smallest discrepancy in production has a significant impact on tire behaviour."

FARO's Laser Tracker has been in use since 2005 in Philippsburg, after excellent results at other Goodyear plants. The latest model, the FARO Laser Tracker Vantage, has been present since 2013. In addition to the very high accuracy, Can Coskun appreciates the time savings that the measurement system brings. The Laser Tracker reduces the time it takes to assemble a new machine by a week. Failures that appear due to poor adjustment of installation components are also quickly removed using the Tracker. As a result, the malfunctions of a production machine were eliminated in one day thanks to measurement and readjustment.

For Can Coskun, FARO's Laser Tracker is the perfect measuring instrument for use in the maintenance and maintenance of Goodyear's machinery fleet. Because it can be used very quickly and versatilely, its use is very simple. The instrument also saves time and is very precise.

About GOODYEAR DUNLOP TIRES GERMANY GMBH
Goodyear Dunlop Tires Germany GmbH is a subsidiary of international tire manufacturer Goodyear. With Goodyear, Dunlop, Fulda, Sava and Debica, the tire manufacturer has five strong brands that ensure independent product competence. The company's 7,400 employees produce about 30 million tires a year at six sites in Germany. At the Philippsburg site, up to 19,000 tires are produced per day for the light vehicle field.

Now the information is morning