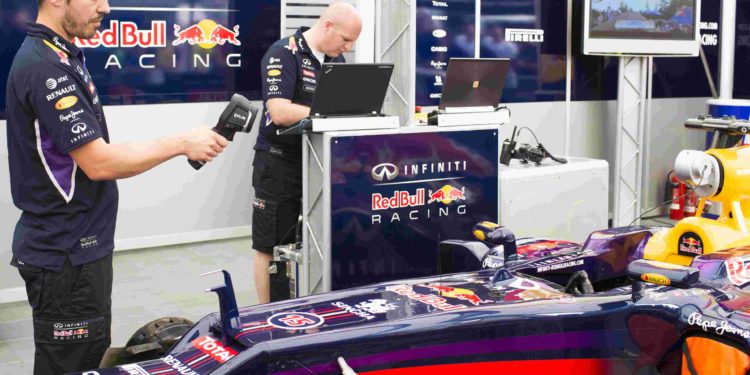 The Formula 1 race is undoubtedly the premier sporting event in terms of performance as well as speed. And this race is as much about development as it is about the track itself. Teams are constantly pushing technological boundaries to improve performance and reliability. The same is true of the Infiniti Red Bull Racing team, which recently called on Flir Systems to help it collect vital thermal data on various tracks and production activities.

In 2014, Flir Systems was named an innovation partner for Infiniti Red Bull Racing. Since then, the famous racing team has been working with Flir to collect thermal data on its 2014 car, the RB10. During this partnership, Flir develops solutions using its world-renowned mini thermal cameras, such as the Lepton camera core, to provide the Infiniti Red Bull Racing team with unique data on the thermal characteristics of the operation and components of their cars. Efficient temperature management of cars is an essential aspect in terms of reliability.

Christian Horner, Director of the Infiniti Red Bull Racing team, reflects on this collaboration: "This year is marked by a series of changes, among the most important that Formula 1 has experienced in the last ten years. The team that will be most effective in collecting useful data, learning from it and applying it will be the team that will triumph during this transition season. The information we can access through Flir technology will be essential to understanding how the new car works and giving us the edge over our competitors. »

"Thermal imaging has become an essential tool for controlling temperature management and tire performance. Experience in this area will be crucial from a technological point of view in the demanding environment of modern Formula 1.  «

"As our partnership has grown, we have taken advantage of the company's extensive experience in electrical measurement equipment and infrared technology to support us off the track as well," said Alan Peasland, Director of Technical Partnerships. "We therefore have technology for the runways, but also flir's help in the interior and exterior perimeter of the company."

"The FLIR E4-E8 cameras have significantly improved the way we perform electrical and computer maintenance and inspection activities," says Steven Geary, maintenance manager at Infiniti Red Bull Racing. "When inspecting the plant's extensive electrical switch and bypass systems, we can thermally identify hot spots and problem areas when live wires are exposed. Being able to do this without any physical contact has significantly improved the safety of our team. This has also increased the speed and reliability of our maintenance activities, and thus reduced the periods of interruption in the plant.

"The MSX mode is one of the best camera features in the FLIR E series. It allows us to get a high level of detail under the existing image, so we can see the identification codes, the number of circuit breakers etc. on the current thermal image. »

In addition to its existing range of Extech test and measurement equipment, Flir Systems also launched a new line of test and measurement products in 2014. From the beginning, these new tools have been built to integrate high-end features: state-of-the-art diagnostics, improved productivity and increased connectivity. The Infiniti Red Bull Racing team has also added a number of these products to its maintenance tool kit.

The new FLIR DM93, a digital multimeter, is now used by Infiniti Red Bull Racing's electronic services as well as the site's facilities services. "An extremely accurate and versatile tool that is now used daily by our team," says Paul Everington, Infiniti Red Bull Racing's Director of Electronics. "With Bluetooth connectivity, we will soon be able to send test results remotely from the race track to our UK headquarters via our mobile devices."

The Infiniti Red Bull Racing team also uses the FLIR CM83 wattmeter clamp. Steven Geary, Head of Maintenance at Infiniti Red Bull Racing: "Precision and accuracy play a major role in every formula 1 business we do. Amperetric clamps are now an essential part of my electrical engineering and maintenance team's toolbox, and they offer an excellent level of quality and reliability. »

The team also purchased the FLIR VP52 voltage test pen and uses it for electrical installations and failure detection in the site's many buildings.