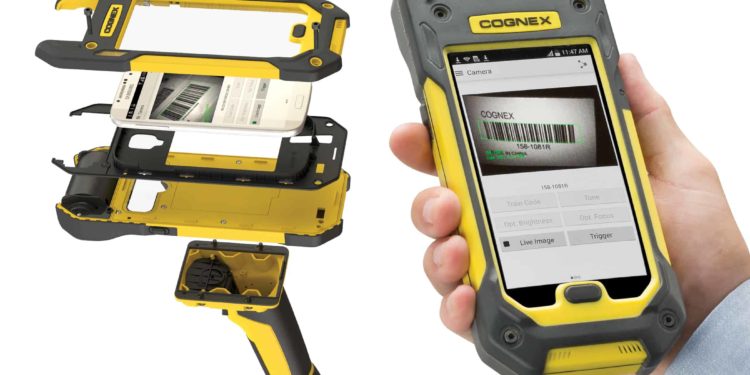 Cognex Corporation announces the commercialization of a brand new range of mobile and robust devices.

The MX-1000 mobile device line offers manufacturers, logistics companies and those using expensive and un flexible mobile devices a revolutionary new method for performing many tasks, such as inventory management, logistics and on-site service delivery. The MX-1000 combines the ease of use, low cost and flexibility of standard smartphones with a portable and reinforced set containing the phone and a Cognex barcode reader specifically dedicated to this application, whose technology is advertised as outperforming the laser or camera systems of the competition. Cognex estimates that this unique combination will enable it to become a major player in the $500 million mobile device market segment.

Cognex designed the MX-1000 after careful reflection with leading companies that use not only mobile devices but also Cognex's vision and industrial identification products. Often, these customers were dissatisfied with their mobile devices, which they described as proprietary, closed and expensive systems to maintain on which it was difficult to create specific applications. They encouraged Cognex to design a smart mobile device that could accommodate smartphones on the market, while combining cognex's renowned barcode reading technology. The first units of the MX-1000 were subjected to field tests by a number of companies (among the top 500 U.S. companies), who then placed an order with Cognex.

"The initial versions of our mobile terminal offer Cognex's 1D and 2D code reading features, probably the best in the world, but the built-in hardware is actually a complete vision engine for Cognex, capable of more than just barcode reading,"says Dr. Robert J. Shillman, founder and president of Cognex. Indeed, we have already planned that our customers will then be able to add other vision features that will be useful to them, such as optical character recognition, packet verification and other inspection tasks. »

"Cognex is shaking up the mobile device market by offering customers the power, ease of use and low cost of android and iOS smartphones on the market with its barcode reading technology,"said Robert J. Willett, President and CEO of Cognex. Our customers no longer need to choose between robustness and flexibility; with Cognex's MX-1000, they get the best of both, as well as unrivalled DataMan technology that allows reliable barcode reading, even in the toughest conditions. ».