White paper: AI and big data, what are the impacts on the economy and the company? 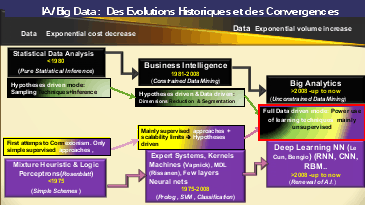 Artificial intelligence and big data are two subjects that we talk about today simultaneously. With robotics they ignite the imagination of our contemporaries. Certainly the cohabitation of man with artificial systems has long been one of the favorite themes of science fiction. As for the economy, in the past, these disciplines have in turn raised disproportionate hopes and disappointments, and this, almost cyclically. But many recent events, often skilfully staged, suggest that an era of technological disruptions is once again opening.

That's why I.A. and big data are now fuelling a real social debate. In his new white paper, Jean-François Marcotorchino, assisted in his reflection by Christophe Faurie, a specialist in the conduct of change, give a reading on the real and reasonably foreseeable impact of A.I. and big data on the economy and business.

Scientifically, today's A.I. and big data technologies are increasingly using high-level mathematical algorithms based on increasingly powerful machines. But the novelty and prospects of rupture are far from being as radical as one likes to believe. It is therefore important to distinguish between progress in the process of validation, and rediscovery of pre-existing and little-distributed techniques, or between real and validated scientific breakthroughs and "makeovers" of already known approaches. It is this concern that drives this reflection: what is the benefit of the A.I. and big data on the economy and the company?

It leads to a practical conclusion: what we are currently hearing about A.I. and big data does not reflect reality.

On the one hand, if there is room for radical transformation, it is not where we seek it. And it will not have the impact that is said. It is, in a way, "democratic." She smiles at human or social talent, and is cheap.
Then, the bear's skin was sold before it was killed. The A.I. and big data do not have the capabilities that are lent to them. They face obstacles. More to the end: 5 "antinomies." However, a breakthrough is not impossible. It's a math problem. In France, however, we have excellent mathematicians and statisticians. They still have to not leave us...

Jean-François Marcotorchino is associate research director at the Laboratory for Theoretical and Applied Statistics (LSTA) in Paris VI/UPMC. Professor of universities, lecturer at Paris VI and ISUP (Institute of Statistics of the University of Paris). Former Vice President, Scientific Director of Thales SIX, and Thales TechnicalFellow. He was previously Director of the IBM Science Centre in Paris and the European Centre for Applied Mathematics (ECAM) at IBM Europe. He is the creator of a branch of mathematics: mathematical relational analysis.

Christophe Faurie is a specialist in the conduct of change, a subject on which he has published 5 books (the last one: I thought of everything... and yet it doesn't work, at Kawa). A graduate of the Central School of Paris, Insead (MBA) and the University of Cambridge (M.Phil), he began his career as director of strategy at Dassault Systems, then became marketing director of the Norisko Group (Dekra), director of the consulting business of the firm MV2, partner of the management consulting firm GM2.

Global Industrie: the new name for the gathering of industrial fairs by GL events 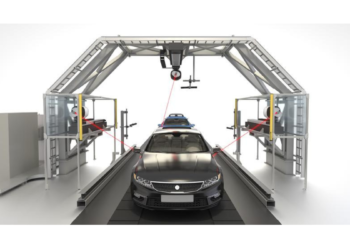