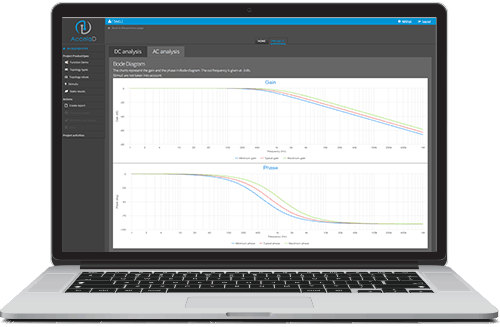 Created in 2015, Accelad offers electronic engineers software to reduce the design times of electronic maps of embedded systems by automating tasks performed manually to date. As close as possible to business needs, the Acctive software allows the engineer to detect upstream problems that could arise throughout the life of the product.

The Toulouse-based start-up has just completed a 1.2 million euro round table to structure its international development.

Initially aimed at the automotive industry, Acctive software allows us to move from manual electronic card design to assisted design. Acctive digitizes the different design steps that are often repetitive and low value-added for the engineer who makes them. This approach allows it not only to refocus on creation and innovation by dividing the design time by 10, but above all to improve the robustness of the product, i.e. its ability to function regardless of the vagaries of its environment (temperature, aging of the product, etc.). Acctive has the ability to detect very quickly and upstream of the product design, failures that could occur during the product life cycle. If this risk is not ruled out upstream using the software, this could result in the recall of all products affected by the problem and a colossal waste of money. The added value of Acctive therefore lies in its ability to reduce risk, by allowing companies to anticipate quality alerts before they occur. This gives them more confidence in the products they design. In addition, Acctive also stands out for its ease of use, making accessible this type of analysis hithert reserved for experts. "During my career with a major German automotive equipment manufacturer where I worked as a technician, engineer and manager, I found that there were no tools to solve the problems I faced. So I decided to develop this tool myself and create the company with two other engineers," explains Yoann Meste, co-founder of Accelad.

Accelad has just completed a fundraiser with IT-Translation and IRDInov, and has obtained loans from BNP and BPI. The company plans to expand by 2017 in Europe and in particular in Germany where automotive equipment manufacturers are numerous and aims for the longer term, the American and Asian markets. The Acctive software has already seduced Continental, which made its first order at the end of 2015 and is currently in the rollout phase. The software is also being tested with several other automotive OEMs. Accelad also aims to expand into other sectors, including rail and industry. Accelad plans to recruit a dozen developer and technical engineering profiles for international development, in order to complement its current team of 10 employees.