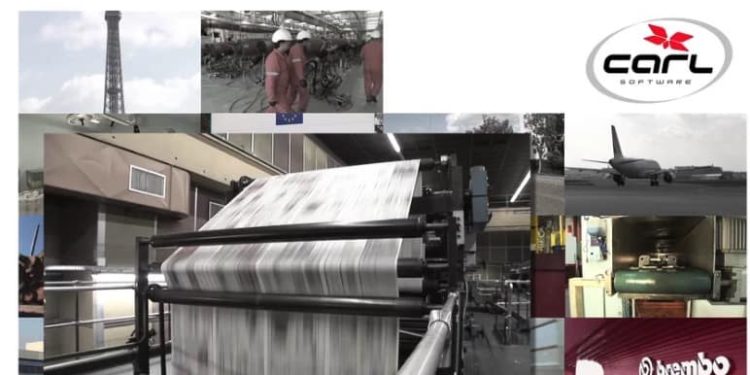 This merger will allow the two publishers to pool their expertise, expand the overall scope of their offerings and extend their international leadership. It comes at a time when Carl Software, which has experienced 21 consecutive years of growth, and has established itself as the number one company in France in its market, has just achieved the best year in its history.

The same is true for Berger-Levrault, which had a historic year in 2017 and ranks9th in the 2017 EY and Syntec digital panorama.

For Éric Bonnet, founder and historical CEO of Carl Software since 1985, this grouping is part of an ambitious, stable and sustainable development perspective:"For many years, Carl's shareholding has remained unchanged. But it was obvious to me several months ago: the qualities required to manage a company of about fifty people are not the same as for a group that has become international, and which continues to grow: Carl should soon exceed 200 employees. In addition, the challenges we hope to face in the future require the ability to build on the structure of a group capable of supporting our ambitions, whether in terms of product innovation or international development. This rapprochement is the result of a real meeting, that could not have been done if it had not been for a real affinity between the values of Carl Software and those of Berger-Levrault, coupled with a complementarity that convinced us that we would be stronger together than separately: the Berger-Levrault group, which is among the very first French software publishers, without competing with our solutions, appeared to me as the ideal candidate for such a rapprochement. I am therefore pleased and proud, not only to have succeeded with Pierre-Marie Lehucher in making this beautiful union possible, but also to have the opportunity, in the coming months, to continue to participate in the writing of the first words of this new chapter as Vice-President."

For Carl Software, this operation is therefore a continuation. While remaining an autonomous company within the Berger-Levrault group, Carl Software will benefit from this new shareholding of an even greater capacity for development and innovation that will enable:

Moreover, these new perspectives do not change the organization, products or services provided by the publisher. Carl Software remains the same company: its business, its identity, its teams and its existing locations (both in France and abroad) remain completely unchanged.

An expert in regulations and citizen usage, the Berger-Levrault Group has become an international player: it has 1,500 employees in France, Spain, Canada and Morocco, and more than 55,000 customers. Its notoriety is now particularly strong in the public sector, which he has accompanied the evolution of services through a global offer of software and advice addressed to administrations, the local public sector, health, public and private healthcare institutions and education. He also has expertise in equipment management through his Atal platform, which is intended for the public domain.

Pierre-Marie Lehucher, CEO of Berger-Levrault and now also CEO of Carl Software, said: "The merger with Carl Software is fully in line with the group's strategy to expand its presence in new markets, particularly in the private sector. It will also enable us to realize our ambition to build a high-performing skills cluster in the "Smarts Cities" sector, by uniting Berger-Levrault's strengths and expertise with Carl Software's particularly advanced technologies. New investment capabilities will strengthen Carl's leadership across all of his business lines: industry, tertiary, transportation, healthcare, etc. »

For 2018, the Berger-Levrault group, with the acquisition of Carl Software, now employs 1,700 people and aims for a turnover of 165 million euros, 25% of which is international.

Hexagon takes over Nextsense GmbH, a leader in industrial inspection and measurement solutions

Hexagon takes over Nextsense GmbH, a leader in industrial inspection and measurement solutions