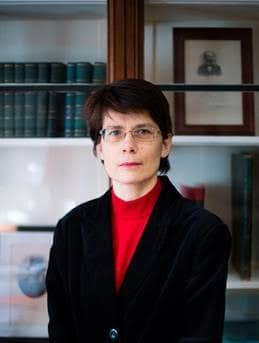 Hélène Le Du, civil engineer of Mines ParisTech and engineer of the Corps of Mines, was appointed on January1, 2019, by ministerial decree of December 19, 2018 signed by the Minister of Economy and Finance, deputy director of Mines ParisTech, a leading engineering school in the fields of energy transition and predictive sciences for the industry of the future.

She will assist Vincent Laflèche, Director of Mines ParisTech, in the management of the School, in particular for the coordination of projects to implement the strategic plan, as well as the animation and monitoring of certain services or support directorates.

Hélène Le Du began her career in 2002 as head of the regional industrial environment department and then as deputy director, at the regional directorate of the research and environment industry (Drire) of Upper Normandy.

In 2006, she became Assistant Secretary General of the Drire Network in the Directorate of Regional Affairs, Quality and Industrial Security at the Ministry of Economy, Finance and Employment, and in 2007 she joined the office of the Minister of Ecology, Development and Sustainable Development as a mission officer for the reform of the ministry.

Between 2008 and 2012, she was appointed Deputy Director of Climate and Air Quality, in the Directorate General of Energy and Climate at the Ministry of Ecology, Energy, Sustainable Development and the Sea.

In 2012, she continued her career as a scientific and prospective strategy mission officer with the Scientific Director at the French Institute of Transport, Planning and Network Science and Technology (Ifsttar), and in 2015 she became head of the relations department with institutional and academic actors within the same research organization.

"The excellence of research and teaching at Mines ParisTech allows us to train general engineers, who develop an entrepreneurial spirit throughout their studies. They contribute to innovation and strategic projects that serve the competitiveness of companies. This demand for excellence makes my mission to accompany the School in its future challenges all the more motivating. she says.

The smallest transmitter for Memosens sensors