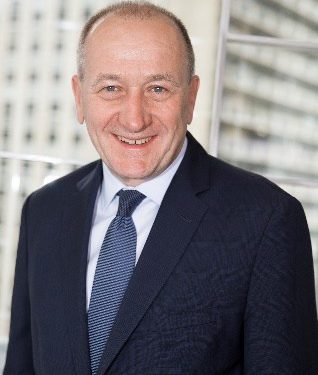 Henri Morel, president of SFPI Group, was elected at the FIM general assembly of June 19, 2019 president of the Federation of Mechanical Industries, for a three-year term. He wishes to take advantage of the strategic reflection initiated by the FIM and its 24 unions to define a professional mechanical organization of the future capable of supporting companies in their transformation and development. "I want our collective action to bring more added value to member companies and thus contribute to the development of their activity and to their strengthening in the world," he indicates.

Henri Morel, 62, graduated in Political Science, Business Law (Masters) and HEC (MBA), began his career in 1983 as Chairman of Dupeux (industrial thermal). After buying Deny in 1984, he created SFPI Group (Safety for People and Industry) a year later, of which he is Chairman and CEO. It brings together several companies within this group: DOM Security (locks and access control), MAC (building closures), Neu-JKF (air treatment in industrial buildings), MMD / Barriquand (heat exchangers for building and industry). SFPI achieves a consolidated turnover of 550 million euros and employs 3,858 people.

In addition to his industrial activities, Henri Morel served as vice-president treasurer of the FIM from 2018 to 2019 and president of UNIQ, National Union of the Hardware Industry from 2014 to date. From 2002 to 2005, he also served as president of the ARGE (European Federation of Associations of Lock and Builders Hardware Manufacturers) which brings together 12 national federations.

Convinced that the mechanical industries have a major role to play in the transformation of the entire industry and therefore of the country's economy, Henri Morel wants to dedicate his mandate to excellence. “To meet the major challenges of the 21st century, the metal trades must benefit from a favorable economic, fiscal and legal framework. For this, they need a federation capable of working with its entire ecosystem to represent them, support them in their development and promote them at the highest level, ”he explains.