Hexagon enters into an exclusive partnership agreement with Iter 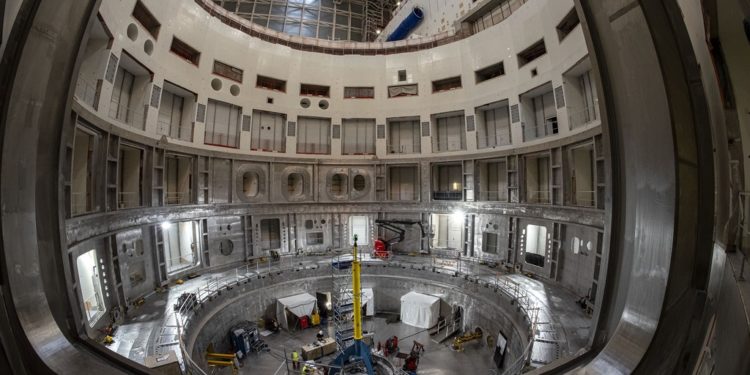 Hexagon has announced the signing of a privileged partnership agreement with the Iter nuclear fusion research center, based in the south of France. As part of this agreement, Hexagon's Manufacturing Intelligence division will officially become Iter's main supplier in the field of metrology, as this nuclear fusion project enters the key phase of assembly This new agreement is focused on the continuous supply of Absolute Tracker systems, as well as on the support provided by a local team of engineers associated with the Manufacturing Intelligence division. A wide range of other metrology devices are expected to fall under the new agreement, as well as solutions from other divisions of Hexagon that may meet the new challenges that the world's largest fusion laboratory will face in the coming years.

Iter project teams are already using Hexagon metrology technology in a variety of applications, and a large number of subcontractors from all over the world have also chosen hardware and software solutions from this supplier. This new contract formalizes the historic partnership between Hexagon and Iter, which dates back to the start of the project, around ten years ago. The assembly phase of the Iter project will last around seven years and include more than one million parts, the assembly of which will require additional high-level metrological systems.

The assembly of the large components of the Iter project requires, for example, a precise adjustment. The Iter team achieves this result with a permanently installed three-dimensional measuring system, which groups together target positions and stations whose geometry is precisely calculated. This is the Tokamak General Coordinate System (TGCS). The spherical retroreflectors placed at these locations can be targeted with laser trackers from multiple positions, allowing contract installers to use the array to align components with precision below a millimeter.

“This coordinate system is accessible anywhere in the Tokamak complex, by measuring a small number of local reference points. It is a powerful and absolutely essential tool for installation companies, ” says Dave Wilson, head of the metrology group in Iter's mechanical engineering department.

The Iter teams also use many of Hexagon's laser tracker technologies for component quality assurance, thus ensuring that new parts are built and manufactured to the specifications and tight tolerances demanded by an experimental fusion reactor. For large components, such as the lower cylinder of the cryostat, which was assessed after assembly in 2019, the inspection can be based on the 3D measurement capabilities of Hexagon's Absolute Tracker, for referencing, as well as on its 6D measurement functionality, involving manual laser scanners such as the Leica Absolute Scanner LAS.

“To put it clearly, cutting edge laser tracker technology is a key part of the Iter project,” adds Dave Wilson, Iter. The margins of error in nuclear fusion power generation are extremely narrow, and we need the best solutions for our metrology teams. Absolute Tracker systems have been a pillar since the first construction works, and we are pleased to have entered into this privileged partnership agreement, because Hexagon's laser tracker technology will remain an essential component of this project. there is no doubt. "

Established to last until 2027, the new agreement consolidates the close partnership relationship between Hexagon and Iter, and extends the collaboration focused on innovation in nuclear research. Iter engineers will not only use the products and services of the Manufacturing Intelligence division. They will also be involved in research, development and testing of products. Their skills and demanding standards will continue to drive the development of new technologies and new ways of working at Hexagon.