Retro-engineering of a guiding dawn 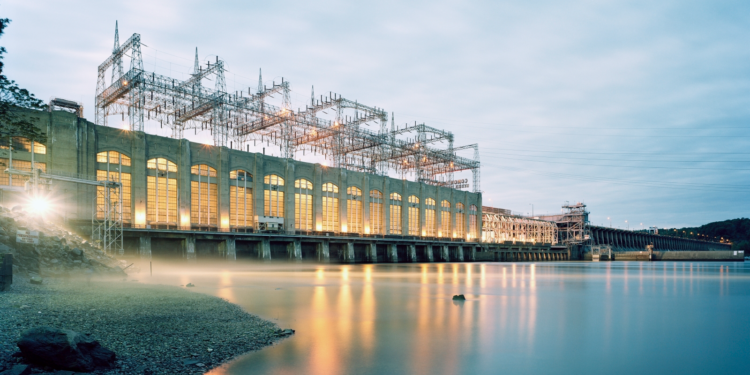 Voith Hydro GmbH - Co. KG, headquartered in Heidenheim, is a leading provider of comprehensive services in the field of machine technology equipment for hydroelectric power plants.

In order to scan components for which there is no CAD data, the company uses the HandySCAN 3D scanner and Creaform's MaxSHOT 3D photogrammetry camera.

The goal was to reconstruct a missing filling part for a guiding dawn and assign an existing filling part to the right steering dawn. The guiding blades are components of the distributor. They control the volume of water and direct it on a turbine wheel in the desired flow direction.

Then a scan was performed, in which the existing filling room was scanned. The scan file should represent as accurate an image as possible (in the order of 0.1 mm) of the edge of the wing, in order to allow for an exact assignment and reconstruction of the filling parts. The scanning and processing of scanning files is done using VXscan. By removing redundant or accidentally captured areas and then recording them as .stl files, the software also cleaned up the model.

In order to obtain a complete CAD model, it is necessary to carry out a surface reconstruction. This operation was performed in Polyworks Modeler. The polygon models generated from the scanning files serve as the basis here. During processing, CAD images of the filling part and its equivalent were generated on the steering dawn.

The scanning files for the head-in blades and the filling part were also used for the "digital adjustment test." Here, the scanning files have been merged into Polyworks Inspector to find out which dawn the existing filling belongs to. The same thing was done with the new filling part to make sure it matched the guiding dawn.

"In the hydropower sector, many of the free-form surfaces used are difficult to measure using conventional measuring instruments. In order to be faster, more efficient and more flexible, as well as to obtain the benefits of retro-engineering, we decided to use Creaform's scanning technology," explains Daniel Roessler, quality engineer in the Voith Hydro group division.

In the past, the company used various portable measuring devices as well as 3D measuring arms. Creaform's HandySCAN 3D is much more flexible and free than a measuring arm. The dimensional range of components in the hydropower sector ranges from 500 mm to 7000 mm. It is essential to use a portable system that can capture the desired areas without having to constantly reposition. In addition, the previous system could only seize small areas. In comparison, the Creaform system works quickly and efficiently and can therefore also capture large areas.

Roessler continues, "In our field, we need mobile devices that can be used flexibly and are ready to use without much effort. With the HandySCAN 3D as well as the MaxSHOT 3D, we have two products that allow us to react quickly and flexibly on the customer's site in the power plant, at the suppliers, as well as in the workshops."

It would certainly have been possible to make some of the measurements using manual measuring equipment, from which the filling part could have been assigned and a new one built. However, it is very likely that the new fabricated filling part should have been manually corrected afterwards, as the freeform outline cannot be recorded with conventional methods. The components of the power plant would then have to be transported to the Voith plant, which would involve additional costs and effort. Thanks to scanning technology, only one person was required to perform on-site scanning at the power plant. Thanks to the digital images of the components, the other steps could be performed digitally on a PC.

In principle, a 40-50% time and money savings potential can be achieved using retro-engineering for components with an average level of detail compared to standard engineering. The advantage here is that after scanning, all profiles and measurement data are complete in a single file, and tedious re-checks on the component are no longer necessary. In addition, the potential risk of erroneous manual measurements and misinterpretations is reduced to almost zero. The location of the component is not relevant when using laser scanning. With Creaform portable devices, Voith Hydro is able to capture details anywhere and in almost every position.

A positive result on all fronts

"Practices and processes have improved, especially in terms of what is possible. With HandySCAN 3D and MaxSHOT 3D, Voith Hydro is able to respond flexibly and quickly to tasks or problems. Components can be scanned and scanned or rebuilt on a PC in no time. Responsiveness is an important feature that Creaform systems make possible. In production, in the service area or on construction sites, situations often require an immediate response and long waiting times are often accompanied by high costs. With our Creaform systems,we are able to immediately offer the customer a solution and analysis," says Roessler.

"Creaform has sophisticated systems for scanning components. Thanks to Creaform's products, we are able to accurately measure and digitize our customers' components, quickly and cost-effectively for the future, especially those of past manufacturing years, when digitization did not yet play a role. In addition, we can manufacture components individually as needed."

Voith is a globally active technology group. With its broad portfolio of digital equipment, products, services and applications, Voith sets standards in the energy, oil and gas, paper, raw materials, transportation and automotive markets. Founded in 1867, Voith is now one of Europe's leading family-owned businesses, with more than 19,000 employees, 4.3 billion euros in sales and sites in more than 60 countries around the world.

Exploring the reliability and robustness of wireless technologies 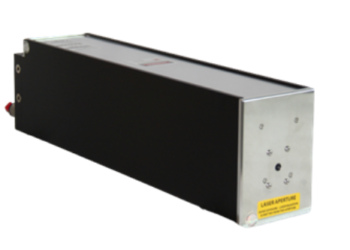 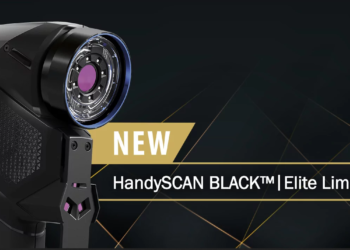 Exploring the reliability and robustness of wireless technologies