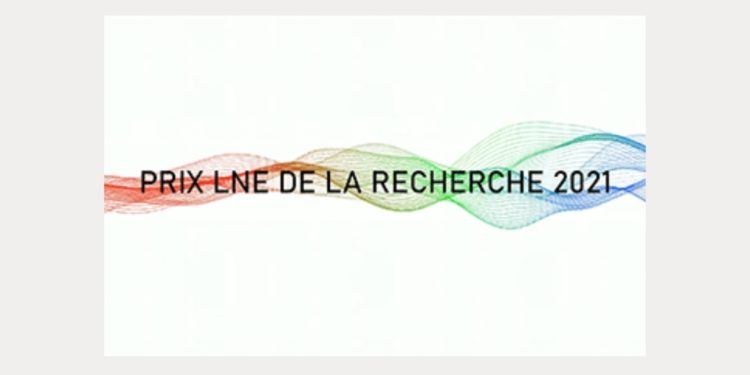 The LNE awarded the LNE Research Prize to three researchers working on the measurement of radioactivity: Anne de Vismes Ott, Christophe Bobin and Jérôme Bobin. Created in 2009, the LNE Research Prize aims to reward researchers who contribute to the success and scientific reputation of the French National Network of Metrology that it manages and its own research activity.

Anne de Vismes Ott, Christophe Bobin and Jérôme Bobin are rewarded for their work on the development of a unique metrological approach for spectral demixing and radionuclide identification within the LNE-LNHB.

Anne de Vismes Ott holds a PhD in nuclear physics from the University of Caen. After a post-doctorate at the Laboratoire national Henri Becquerel (LNELNHB) on cylindrical ionization chambers with pressure wells, she joined the Institute of Radiation Protection and Nuclear Safety (IRSN) in 2007 as a researcher in environmental metrology at the Laboratory of Metrology of Environmental Radioactivity of IRSN. A specialist in gamma spectrometry, she works on improving the means and methods of measuring radionuclides.

Christophe Bobin holds a PhD in physics from the Institute of Physics of the Two Infinites of the University of Lyon. After a postdoctoral fellowship at the LNE-LNHB on the application of X-ray spectrometry with cryogenic detectors, he has contributed to research in ionizing radiation metrology for twenty years. He was appointed senior expert at the French Atomic Energy and Alternative Energies Commission (CEA) in nuclear instrumentation and metrology in 2011. His work has made it possible to conduct from a metrological angle the development of automatic spectrum processing algorithms for rapid and reliable measurements of environmental monitoring, CBRN risks (nuclear, radiological, biological, chemical) or identification of radiological threats.

Jérôme Bobin holds an associate degree in physics and a doctorate in physics – signal processing and image from Pari-Sud University. After two postdoctoral fellowships in the United States, at CalTech and then at Stanford University, he joined the CEA Institute for Fundamental Research in 2010 as an engineer-researcher and obtained his habilitation to direct research (HDR) in 2015. Winner of an ERC grant in 2016, he works in particular on the development of methods for solving inverse problems based on the use of parsimonious models, with a strong focus on the analysis of multi-valued data (multi-spectral, hyper-spectral, mass spectrometry, etc.). Since 2015, his methodological work has been more focused on non-linear data modeling, in particular by machine learning.

Created in 2009, the LNE Research Prize has in turn rewarded researchers on themes and topics as varied as nanotechnologies, health, the environment, telecommunications, energy, transport, information technologies, and materials.

In more than 10 years, the LNE has rewarded more than fifteen researchers who have all been able to combine science and pragmatism, for research work with a strong impact, whether for science, industry or society.

Next acquisition of an ultrasonic bench by SNCF: call for applications

Next acquisition of an ultrasonic bench by SNCF: call for applications