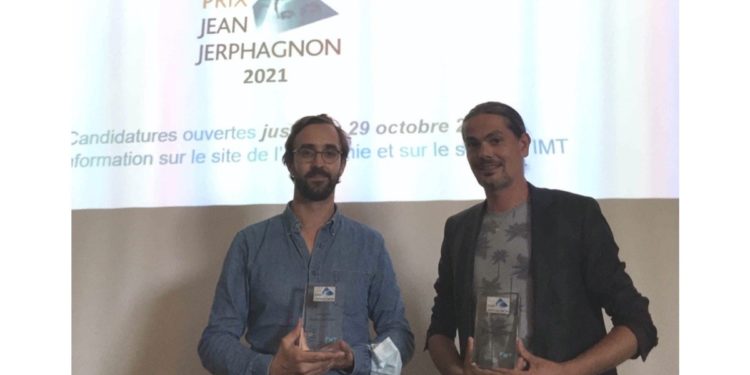 Every year, researchers, students and industrialists meet for the Jean Jerphagnon Prize, which rewards innovation in the field of optics-photonics. The jury and its president, Alain Aspect of the academies of Science and Technology, have chosen two winners this year. The ceremony took place as part of the Optical-Photonics Rendez-vous for the industry of the future organized by the Institut Mines-Télécom and the Académie des Technologies.

The Jean Jerphagnon Prize The Jean Jerphagnon Prize, organized by the IMT and the Academy of Technologies with the support of the Fondation Mines-Télécom, aims to honour the memory and extend the work of Jean Jerphagnon, telecom engineer, inventor and researcher, who died in 2005 and who led a remarkable career, from basic research to innovation, in the field of optics and photonics. This prize, endowed with € 12,000 per year, aims to promote technological innovation and the diffusion of optics and photonics in any field of application, by rewarding a researcher who has been able to conduct cutting-edge research, but has also been able to transfer it.

It is awarded to a researcher or engineer aged 40 or over who carries out an innovative project of high scientific value or industrial potential, marking a stage in his or her career, and comprising at least one element of optics or photonics.

There are many technology transfers and innovations resulting from academic research, as illustrated by the candidates for the Jean Jerphagnon Prize, who often carry out entrepreneurial projects. This prize is intended to be at the crossroads of the world of research and industry. The Rendez-vous de l'Optique-Photonique pour l'industrie du futur are a natural setting to bring together its actors for exchanges on the state of the art as well as the great advances to come.

The work of this astrophysicist, CNRS research manager at the Astrophysics Laboratory of Marseille, focuses on the manufacture of free-forms optics (digital machining of optics), active optics, curved sensors / free-forms, as well as the exploitation of 3D printing methods.

Through his start-up Curve of which he is the scientific director, he has developed the first industrial process for the production of curved and free-form sensors. Bending the sensors makes it possible to manufacture lighter and more compact systems by limiting up to 50%, the addition of optical (lenses) correction. These sensors are more efficient: the field of view can be increased, the image quality and its homogeneity are improved; vignetting (darkening of the periphery of an image) can be removed by design, and chromaticism reduces. The applications are multiple, imaging being omnipresent in many research devices or more general public: scientific, biomedical, embedded imagery (drones or space for earth observation and environmental monitoring), photography on smartphones, autonomous vehicles, ...

Following the transfer of know-how via CNRS-Innovation, Emmanuel Hugo has been able to industrialize the manufacture of curved sensors and thus strengthen the French position in the optics industry compared to Germany or the United States. The start-up CURVE is supported by the European H2020 programme.

Over the past twenty-five years, the steady increase in scientific and industrial applications has motivated the search for ultra-short pulse laser sources that are more efficient and reliable. The duration of light pulses of Yb lasers based on Ytterbium (Yb) technology is limited. Today, an increasing number of applications require faster pulse times while retaining the advantages of Yb sources.

In 2008, Yoann Zaouter joined Amplitude Laser's R&D unit where he developed the first generation of ultrafast fiber laser architectures for industrial and scientific applications. The latter are widely employed in the semiconductor, consumer electronics, screens and medical industries. Since 2009, he has directed a joint R&D laboratory shared between the company and Laboratoire Charles Fabry of the Institut d'Optique. His current research, which earned him the Jean Jerphagnon Prize 2020, focuses on ultrafast and nonlinear optics.

Indeed, he is interested in reducing the duration of pulses at the output of industrial femtosecond lasers applied to the generation of EUV (extreme ultraviolet radiation). It enhances this new generation of ultra-short industrial laser sources, compressed temporally and applies them to the generation of EUV radiation via the process of generating high-order harmonics (HHG). This new generation replaces the Ti-Saphir amplifying chains previously used but which no longer allow to offer the necessary parameters (average power, repetition frequency, beam quality). The uses are promising both scientifically and industrially, for which these temporally shortened laser sources allow a technological leap. In the short term, his efforts focus on two applications: angle- and time-resolved photoemission spectroscopy (tr-ARPES) for the scientific market and mask inspection for semiconductor photolithography for the industrial market. Yann Zaouter, obtained in 2005 a PhD in Laser, Matter and Nanoscience from the University of Bordeaux.

The winners competed with two other finalists:

– Emmanuel Lhuillier is working on the development of optoelectronic components based on colloidal nanocrystals. In collaboration with New Imaging Technologies (NIT), he is developing a new generation of low-cost infrared sensors whose active layer is made of nanocrystals.

– Rémy Braive, lecturer at the University of Paris specialized in the fields of nano-opto-mechanics. He conducts photonic crystal research applied to the study of nonlinear dynamics and photonphoton interaction effects in microwave oscillators.

Applications are already open for the Jean Jerphagnon Prize 2021, until 21 October 2021.

These meetings, which aim to raise the scientific community's awareness of the changes and major industrial challenges in the field of optics and photonics, for the industry of the future, were moderated by Jean-Louis de Bougrenet, professor at IMT Atlantique. This 2021 edition pays tribute to the prize with the intervention of two former winners.

She studies precision spectroscopy, molecular physics, and laser technology. She initiated the field of research of wide spectral band frequency combs spectroscopy, with first experimental results as early as 2005. His pioneering work, recognized and encouraged by the Jean Jerphagnon Prize 2008, is attracting interest today. Several teams are perfecting the techniques demonstrated by Nathalie Picqué in order to produce precise, fast and miniaturized spectroscopic instruments for applications ranging from fundamental research in molecular physics to biomolecular and medical imaging. With her group, Nathalie Picqué continues to push the boundaries of optical frequency combs, interferometry, and molecular spectroscopy.

He is a researcher at the CNRS at the Interdisciplinary Institute of Neurosciences (IINS) of the University of Bordeaux. His research focuses on the influence of the micro-environment on intracellular and intercellular mechanisms, with applications in cell and medical biology, including oncology, immunology or neurobiology. He is at the origin of more than ten patents. In 2010, he co-founded the company Alvéole to enhance his work, which earned him the Jean Jerphagnon Prize in 2017. 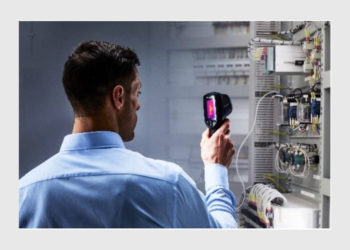 For this new episode of Métrolaudio, we went to meet HIK Vision / HIK Micro. How is this global player adapting to the local market? What are these... 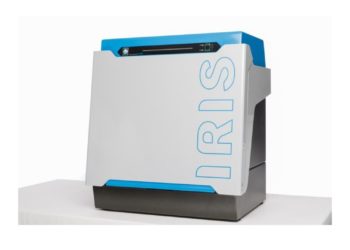 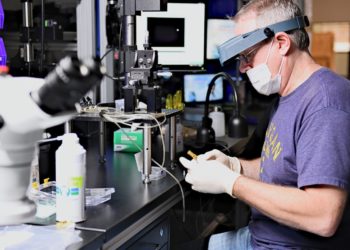 Key specifications and their impact on performance Introduction Any spherical optical surface, even those designed and manufactured perfectly, will exhibit spherical aberration. Because of this inherent flaw... 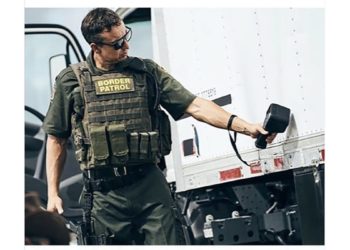 As part of its "nuclear & radiation protection" department, HTDS announces the release of a new generation portable gamma & neutron spectrometer for the in situ identification of radionuclides (RID)... 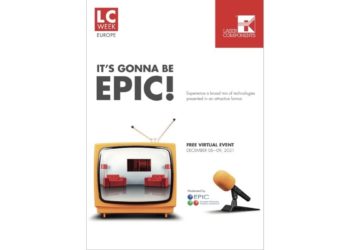