FOR 100 YEARS OLYMPUS HAS DESIGNED SOME OF THE WORLD'S BEST OPTICAL, MEDICAL AND INSPECTION PRODUCTS. THE OLYMPUS SCIENTIFIC SOLUTIONS GROUP USES ADVANCED TECHNOLOGIES TO CREATE WORLD-CLASS PRODUCTS FOR INDUSTRIAL AND BIOSCIENCE APPLICATIONS.
From creating solutions that help researchers discover cures for disease, to designing equipment for inspecting airplanes, bridges, pipelines and other critical infrastructure, we are committed to achieving important advances that will allow our customers to make further progress over the next 100 years.
In honor of our 100th anniversary, we thought it would be fun to share some interesting facts about the use that has been made of our products over the years. It turns out that our customers have used them in a lot of interesting ways.
Here are 10 examples.

Let's see what's hiding underneath!
In the 1960s, one of our 2.25 MHz probes was used to measure the thickness of meat and fat in live animals. Turns out it actually worked - a skilled user could distinguish layers of skin, fat, and muscle based on the different echoes. However, there was one difficulty to overcome: to keep the animal still. In order for clear echoes to be obtained and for the transducer to be paired correctly, the animal had to be virtually stationary. Wait, Betty! Not moving!

A canoe, a whale and a probe
A famous oceanographic institute has purchased an EPOCH® flaw detector and a 500 kHz probe as part of an Atlantic whale study. The biologists would go out in an inflatable boat and tie the probe to the end of a long pole. When a whale came to the surface, they placed the probe on the whale to measure the thickness of its fat.

Thin skin?
Researchers have used our high-frequency, immersion probes to measure thin layers of human skin in studies of healing psoriasis and burns. Others have already used them to easily measure the speed of sound propagation in bone samples with flat and parallel surfaces, or to measure the thickness of eggshells and lobster shells (in the latter case, c was as part of a growth health study). We even sold a system to a Japanese customer who used it to measure propagation speed and wave attenuation in melons, as these measurements give an indication of the ripeness of the fruit.

Bring me pasta and cheese!
A food producer purchased an EPOCH device to measure the speed of sound propagation through opaque, sealed bags filled with pasta and cheese. The producer used the EPOCH, two V601 500 Hz probes and a specially designed device to test whether the bags were filled with the correct proportions of macaroni and cheese sauce.

Reinforced candy shells
Thickness gauges have been used to measure the uniformity of the thickness of the outer hard shell of chocolate candies.

Break the ice ... or not?
The ice thickness of an indoor rink can be measured using an Olympus corrosion meter. The pure ice of an ice rink provides a very fast transmitting surface for the measurer, and the low temperatures create damping peaks in the contact probes. A 2 MHz D797 split transceiver probe is therefore used. To measure the thickness of ice in frozen ponds, it is necessary to adjust the grain and the suppression, as the bubbles and cracks in the ice reflect the sound waves and prevent them from reaching the limit. lower ice.

Fantastic for geological research
Researchers purchased EPOCH devices to measure the speed of sound propagation in rocks, compacted soil, and ice from glaciers, as well as in other geological samples. Tests are performed at low frequency (500 kHz and below) on prepared samples that have flat, parallel sides. The modulus of elasticity can often be calculated by adding a direct transverse wave transmission test to obtain the propagation velocity of the transverse waves.

Knock on wood
Wood-related applications are not very widespread as it is a specialized and narrow niche. But as with geological samples, it is usually possible to perform tests at low frequency (50 kHz to 250 kHz) and in direct transmission using an EPOCH device or transceiver. Decay can be detected in marine piles and telephone poles by detecting changes in the speed of sound propagation with direct transmission of waves. Reflection inspection is not possible in wood, but musical instrument manufacturers use Magna-Mike® devices to perform thickness measurements.

The IPLEX turns its gaze towards space:
The IPLEX MX was one of the first battery operated videoscopes, making it a very advanced device for its time. In 2005, an IPLEX MX was modified so that it could be integrated into an astronaut's space suit and used in zero gravity during extravehicular activity. A few years later, the more powerful IPLEX SA videoscope was modified for the same purpose. Neither of these videoscopes ultimately made it to space. More recently, in 2017, the IPLEX FX was used for the refurbishment of the Enterprise spacecraft model (the same one used in a famous 1960s TV show), shown at the Smithsonian Institution's National Air and Space Museum. . The use of this videoscope was found to be essential for understanding the construction of the model and minimizing any damage that may occur during the renovation.

EPOCH 6LT reaches the stratosphere:
On a dusty road in Bishop, California, at the foot of the Sierra Nevada Mountains, the EPOCH 6LT flaw detector was attached to a high-altitude weather balloon and sent into the stratosphere. A video camera has also been attached to the balloon so that it captures all the action (watch the video here). We had no idea whether the flaw detector would survive the trip or not. In just under two hours, the balloon reached its maximum altitude of 36,985 meters, floated for a while, then burst. A small parachute deployed, slowing the fall of the EPOCH 6LT until it landed in an isolated and rugged area. Three days later, the flaw detector was found intact. You could say it was an "extreme" drop resistance test!

XRD technology lands on Mars:
The technology used in Olympus X-ray diffraction (XRD) devices was first developed for the analysis of Martian soil on board the Curiosity rover. When XRD technology is used, X-rays pass through a powdered soil sample and help determine the minerals contained in that sample. If the minerals have a crystalline structure, the XRD device analyzes their diffraction patterns. This technology helps scientists understand the nature of the minerals that are part of the Martian landscape and the geological history of it. 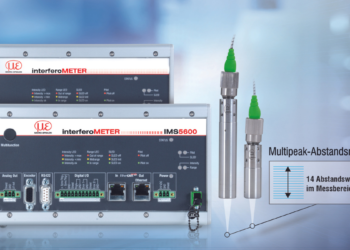 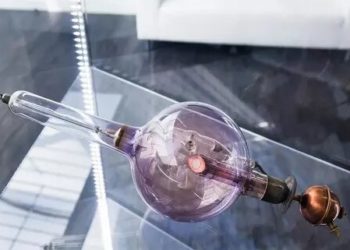 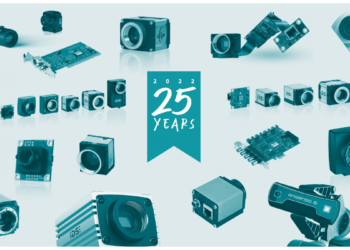 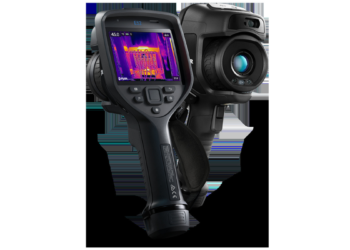 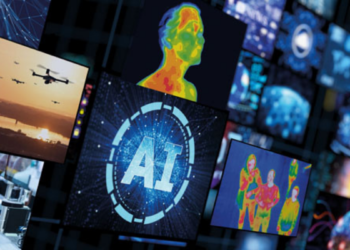