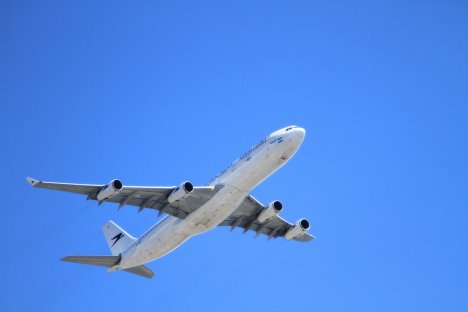 After China and Germany, the world of aeronautics and aerospace met in France, in Paris. For its 11th edition, which will take place from 13 to 15 November, the International Symposium on non-destructive testing (NDT, and NDT - Non Destructive Testing in English) in aerospace will bring together academics and industrialists on the theme of innovation. It is co-organized by the Cofrend (French Confederation for Non-Destructive Tests) and the CEA List, and counts among its sponsors two major French industrialists: Safran and Airbus.
This is a first for France, which is the world's second largest aeronautics and space company, with a turnover of $70 billion and represents some 190,000 employees. Every four seconds, a plane takes off in the world with an engine assembled in the Ile-de-France! According to the Cofrend, being chosen as the host country confirms the recognition of French know-how in the field of non-destructive control.
This major international event will bring together for three days the world's best experts in the field of NDT. Its aim is to promote exchanges around the latest scientific and technical advances in the field of non-destructive tests and evaluations carried out and expected in the aeronautics and space sectors. Participants will be able to discover the latest advances in research and development on the one hand, and discuss advanced and innovative methods, both with scientists and with industrial researchers, on the other.
This 11th edition will be marked by automation, digitization and connectivity. It will be hosted in Saclay, which has a world-class academic hub, leading schools, research organizations, as well as large technology groups and SMEs, and is one of the world's most important innovation hubs.

Pieces of revolution: innovation and precision to the extent