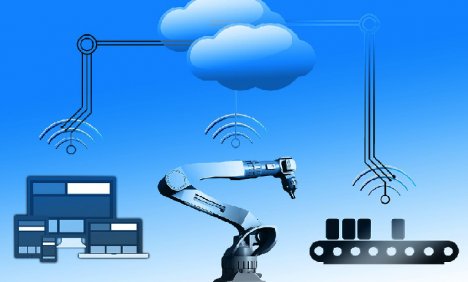 Siemens has received the "Future Industry Showcases" label for the ambitious digital transformation project at its production site in Haguenau (67). Awarded by the Industry alliance of the Future, this label distinguishes concrete and innovative industrial projects. Since its creation in 2015, it has made it possible to bring out good practices with emblematic characters, imagined by companies.
Dedicated to the production of measuring instruments for the process and gas analyzer industries, the Haguenau production site, which turns 50 next year, employs 900 people. Over the past twenty years, the site has experienced significant growth, with successive implementations of the manufacture of pressure transmitters, valve positioners, temperature transmitters, laser gas analyzers, and since 2010 the full range of flow meters.
Since 2015, the site has started its transformation towards the factory of the future with:
Digitalization of flows: order input, automatic confirmation of orders and production plan development, using the Siemens Preactor solution.
The implementation of Plant Simulation, a production line simulation software that simulates production in real time and thus optimizes the passage of products on production lines.
The management of digital energy, thanks to the Energy Management system, which allows the management of energy-intensive equipment in order to reduce the energy consumption of the site and thus contribute to the protection of the planet.
The use of the IOT Mindsphere platform to connect the most critical equipment, monitor it in real time and optimize its operation.
Robotics, thanks to an innovation laboratory that deals with the integration of robots and cobots within the factory.
The installation of an AMR fleet of autonomous robots (Autonomous Mobile Robots), which can transport products from their production to their shipment, in collaboration with Norcan, also based in Haguenau.
The creation of a research and development centre, which currently employs 80 people.
"The introduction of all these new technologies allows Siemens to deliver a wider and wider variety of products in an increasingly short time frame, as tens of thousands of variants are produced on the same production lines," the company said.
Siemens also collaborates with universities, IUT and schools in the region to train future generations, and welcomes nearly 70 apprentices, at all levels and in all disciplines.
"These great technological successes would not have been possible without the extremely favourable environment in which we are developing. The Greater East region is rich in dynamic companies that have enabled the creation of structures such as Resilian, the North Alsace Industries Network, or the Community of Leaders, at the initiative of the region," says Didier Mayer, director of the Siemens site in Haguenau.

An alliance for the IIoT