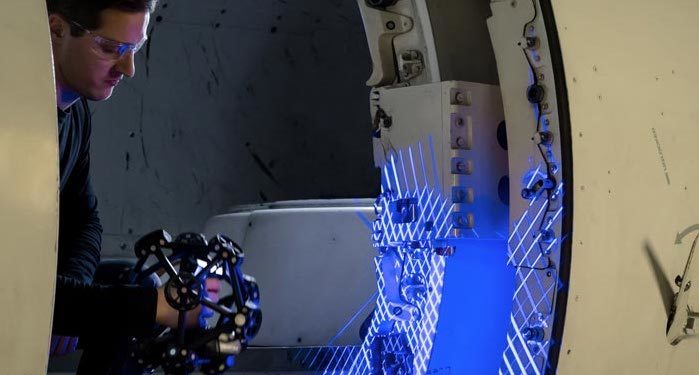 According to Salma El Asmai, there is a need to quantify lengths and distances as soon as civilatison appears. Initially, the units of measurement were not accurate (inches, arms, etc.). The eighteenth century sees a growing concern to standardize units of measurement, with the birth of the meter in 1795 (the definition of the meter was revised in 2019, it is now based on the speed of light, which is a constant).

Palmer's system is the first known metrology instrument (1848), still in use (micrometer, caliper): the measurement is one-dimensional, the measurand is evaluated directly from the measurement.

CMMs began to be used in the 1960s, portable machines (measuring arms) in the 1980s. The measurand is not evaluated directly from the measurements and calculation software is required to interest the data. The advantage: low uncertainty (of the order of a micron), but only one configuration x, y, z possible and you have to move the part to the measuring machine (hence the design of measuring arms, as well as handy probes based on stereovision).

Optical three-dimensional metrology can be based on photogrammetry (Arago, 1840; today high resolution, accuracy of the order of micron but low data acquisition rate; increasingly used in the measurement of large parts and by drone). Interferometry (Michelson, 1887; high precision on micro ranges, limited in industrial environments) is also used.

Laser trackers, which appeared in 1985, now make it possible to measure, with low uncertainties, large parts (even if they compete with photogrammetry), and are used for the calibration and guidance of industrial robots.

Salma El Asmai then discussed in detail the technology of 3D scanners based on laser triangulation: scanners mounted on measuring arms (to measure parts that cannot exceed a certain size), environment scanners to carry out surveys, optical 3D machines with stereovision for large parts, and portable optical 3D machines, more and more commercialized, allowing to digitize parts by identifying targets.

Laser triangulation technology offers a high data acquisition rate, is easy to use, especially on site. Its weak points: no high precision, a limited volume of measurements, hard-to-reach parts that cannot be scanned.

The technology based on structured light (fringe projection) makes it possible to scan parts of any size (via gluing tablets) placed on a tray and is adapted to different geometries of parts even difficult to access. Among the advantages of this technology: low measurement uncertainties, but an installation based on structured light that is difficult to move on site. However, Salma El Asmai indicated that there are also small machines that are initially dedicated to 3D printing but offer low measurement uncertainty despite the low cost of the equipment.

The engineer ended her presentation by mentioning X-ray tomography, used in metrology but mainly used for the NDT and internal characterization of materials. Suitable for the analysis of internal parts, this technology is data-intensive, requires skills to use and is limited according to the density of materials.

CFIA: metrology and control at the rendezvous!

Certification in the field of NDT: a year 2021 rich in novelties

Certification in the field of NDT: a year 2021 rich in novelties