Industrial activity: the pandemic interrupts the growth at the start of the year 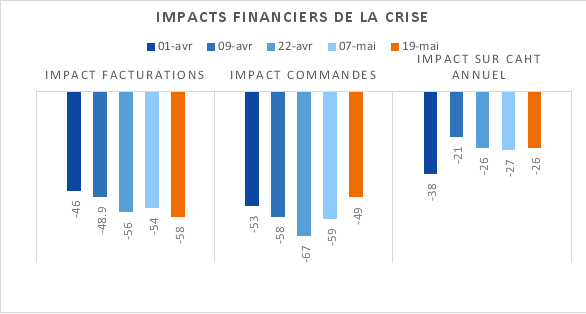 Symop, a professional organization for creators of industrial solutions, offers a quarterly update for suppliers of production equipment goods.

According to business leaders interviewed in April, the economic climate continued to deteriorate in the first quarter of 2020, after two quarters already in decline. However, the months of January and February had shown a slight improvement in demand, which was suddenly interrupted with the pandemic.

The January Insee survey on investment expectations announced a slight increase in investments for 2020. This is what was observed in the first two months of the year with quite correct demand for accessories, cutting tools, or products for welding. The business climate has become more uncertain in the face of the development of the health crisis beyond Chinese borders and its expected impact on international trade. Moreover, orders from China, but also from the United States or European countries themselves affected by the repercussions of the health crisis, fell in February.

Sales for the quarter contracted by -1.4% overall, but by -2.3% on the domestic market. This drop is quite slight and attributable to the fifteen days of confinement during which the level of activity fell by 60%. Export sales fell by 3.4% impacted by the health crisis which prevented machine deliveries.

Orders followed the same trends as the quarter's activity. More than half of the participants recorded an increase or stability in their order intake over the quarter. A quarter saw a drop of around 5%. Suppliers of production machinery to the French market felt this slowdown more. Strongly oriented towards the export markets, the manufacturers estimate the level of their order books correct with several months of production planned to date. But 76% of participants, suppliers on the national territory, consider their order book lower than normal. As the survey was conducted in April, the responses no doubt anticipate the future repercussions of the confinement on customer activity and their level of cash flow. They worry respondents since they will undoubtedly increase during the summer, despite the government assistance put in place.

Suppliers anticipate a significant decline in 2020

In this very specific context of the pandemic, which prevents the delivery of machines for transport or logistics problems, on-site maintenance due to the closure of companies or access prohibited by customers for health reasons, customer consultations by lack of hotels, activity in the coming weeks will undoubtedly be very disrupted. A precursor sign, the load of design offices and the number of consultations is already falling for 58% of respondents. And in April, suppliers recorded temporary suspensions of orders, postponements of projects under study, and even firm cancellations.

In these conditions, the forecasts can only be negative. All respondents anticipate a sharp drop in order intake in the second quarter (-13% on the domestic market), and in the traditionally low third quarter due to holidays. 51% of participants predict a drop of more than 20% of orders. This will be the case for machine tools where the drop in sales is estimated at 30% for the whole year compared to 2019, with temporary contractions of up to 50%. This trend is shared by all European countries.

The roboticists' activity suffered a sharp contraction (-10%), because it was very affected by the difficulties of the automobile. Orders also slowed down, down 7% over the quarter, with an order book below normal as a result of a significant drop in consultations. The roboticists do not see any improvement over the next few months.

Suppliers of consumables for machines, measuring equipment and welding products maintained a completely satisfactory activity over the first two months and then suffered the effect of the pandemic. The level of new orders remained correct. Manufacturers do not anticipate a resumption of their activity before September.

In mid-March, when containment was implemented due to the health crisis, the Symop immediately set up a barometer in order to monitor companies facing the looming economic crisis. Every fortnight, an update was requested from members.

The study of successive sequences shows that at the end of March, the level of activity of member companies fell by 55% with the closure of services within companies. Fortunately, this level has been rising since early May among suppliers of equipment goods (58% in mid-May).

It is of course the general, administrative and financial directorates which remained active throughout the crisis with 75% of the staff. Many production sites were closed preventing the delivery of machinery and equipment. Only 34% of production workshop employees maintained production at the start of containment, rising to 45% until the end of April. Today we see a slow recovery with 50% of the staff employed in manufacturing. Commercial services have experienced a similar development, rising from 38% of active salespeople to 60% today. Throughout the period, trade relations were difficult to implement due to prohibited travel, the absence of hotels and restaurants for major trips.

Likewise, on-site after-sales service or machine maintenance could not function normally. Closures of sites, ban on entering the workshops by sanitary measures, lack of hotel facilities have made travel impossible. Only 26% of employees were working at the start of the crisis against 56% today.

To cope with this contraction in activity, partial unemployment measures were used for 36% of employees at the start of the crisis, supplemented by requests for leave or RTT. This recourse to government aid decreases with the recovery and is only 14% at the end of May. It should be noted that no redundancies were prepared over the period, the manufacturers knowing the difficulty in recruiting.

Teleworking was acclaimed by all companies: at the height of the crisis it reached 75% of employees. Of course, the presence on site increases as the industrial fabric is remobilized.

On the other hand, the impact of the crisis on demand and billings continues to increase, even with the recovery of the manufacturing industry.

Orders contracted sharply, dropping from -53% of the usual level at the beginning of April to -58% and even -67% at the end of April. They are still 50% lower in early May.

The same applies to invoices which record significant drops from -46% at the end of March to -58% today because the depletion of the order book only reduces future invoices.

Over the year as a whole, manufacturers are currently anticipating a fall of 26% in their budgeted turnover for the year. 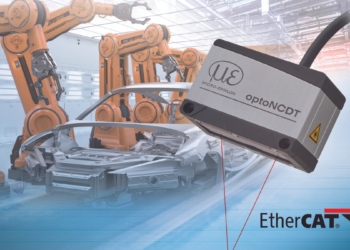